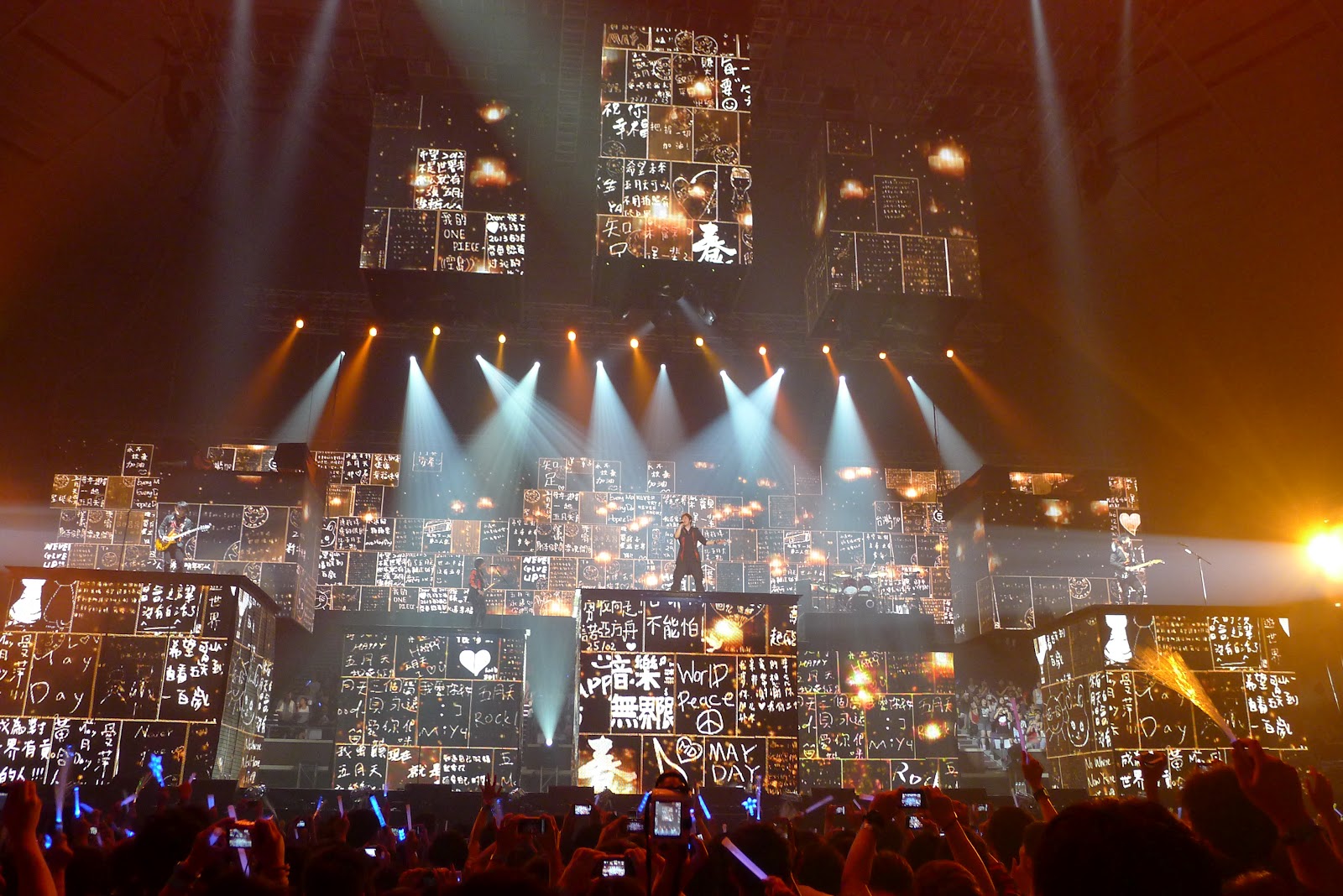 At the end of 2012, Mayday hoisted the sail of Noah’s Ark at Taipei Arena, inviting all of their fans to write down their reluctance and love and put them in the message-in-a-bottle setting off for the future along with the ark. Fans participated were asked to write their own message-in-a-bottles outside of the venue before getting on board of Now-Here World Tour concert. Through the songs’ arrangement, words unspoken and wishes anticipated were shown one by one on the big screen, building a massive platform of participation for the audience on the tour and sailing with their idols across the end of the world.