Worship of Heaven, Energy of Hsinchu

Originally scheduled as the opening performance for the 2021 Taiwan Lantern Festival at Hsinchu, the show was eventually postponed due to the pandemic, and was therefore streamed live online. iF+ and Muzixiii Studio designed the multi-media amphitheater projection staged in front of the giant rice vermicelli rack screen designed by Architect Kan Ming-Yuan at Yin Hsi Gate, the East Gate with almost 200 years of history.

Hsinchu street scenes are shown in neon lights at night. It expresses that Hsinchu is sending prayers with the world through online technology. 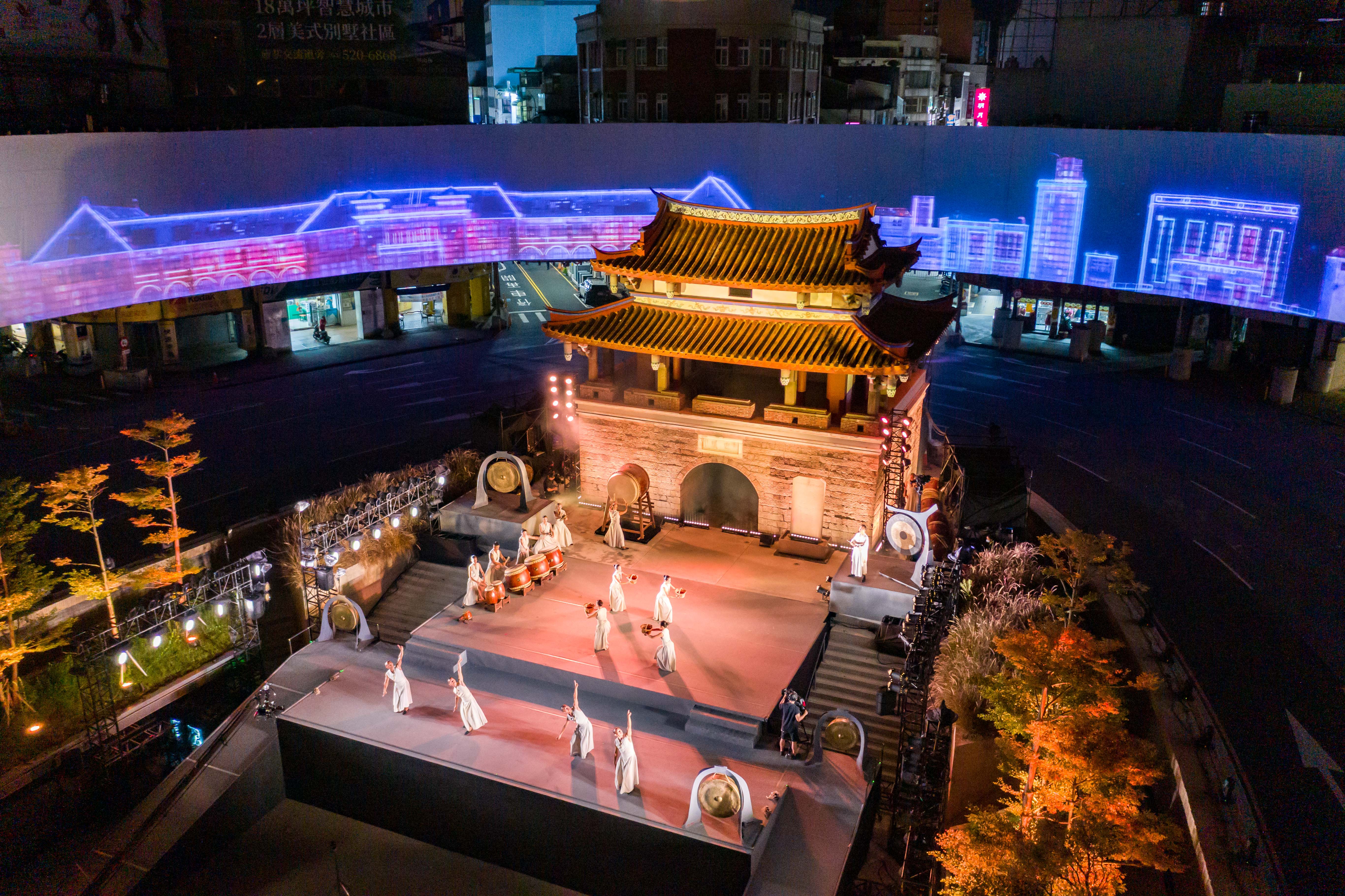 The video starts with a more realistic side of the natural force. As the camera passes through the greenery, people can feel the waves of light simmering through the clouds alongside the sound of drum beats. The second act is Wind Surges in the Future. The body movements from U-Theatre’s performers were captured and recorded in the green room. Particles are converged into two different colors moving in the air alongside their movements, drumming up technology vibes. The performance goes into Splendid Dream subsequently, which brings out the cityscape of Hsinchu in horizontal composition. The color block represents Hsinchu’s energy. At the last act The Tidal Waves of Light, waves of neon light surges towards the East Gate roundabout, and Hsinchu’s night scene is also bouncing and flowing along the passionate drumming, making people excited and feel the pulse of hope.

The show was hosted by Mickey Huang and live-streamed on Hsinchu Mayor Lin Chih-Chien’s Facebook page. President Tsai Ying Wen also gave blessings on the night. The show has reached 180,000 views so far, indicating this is a new way to bring art back to our daily life. 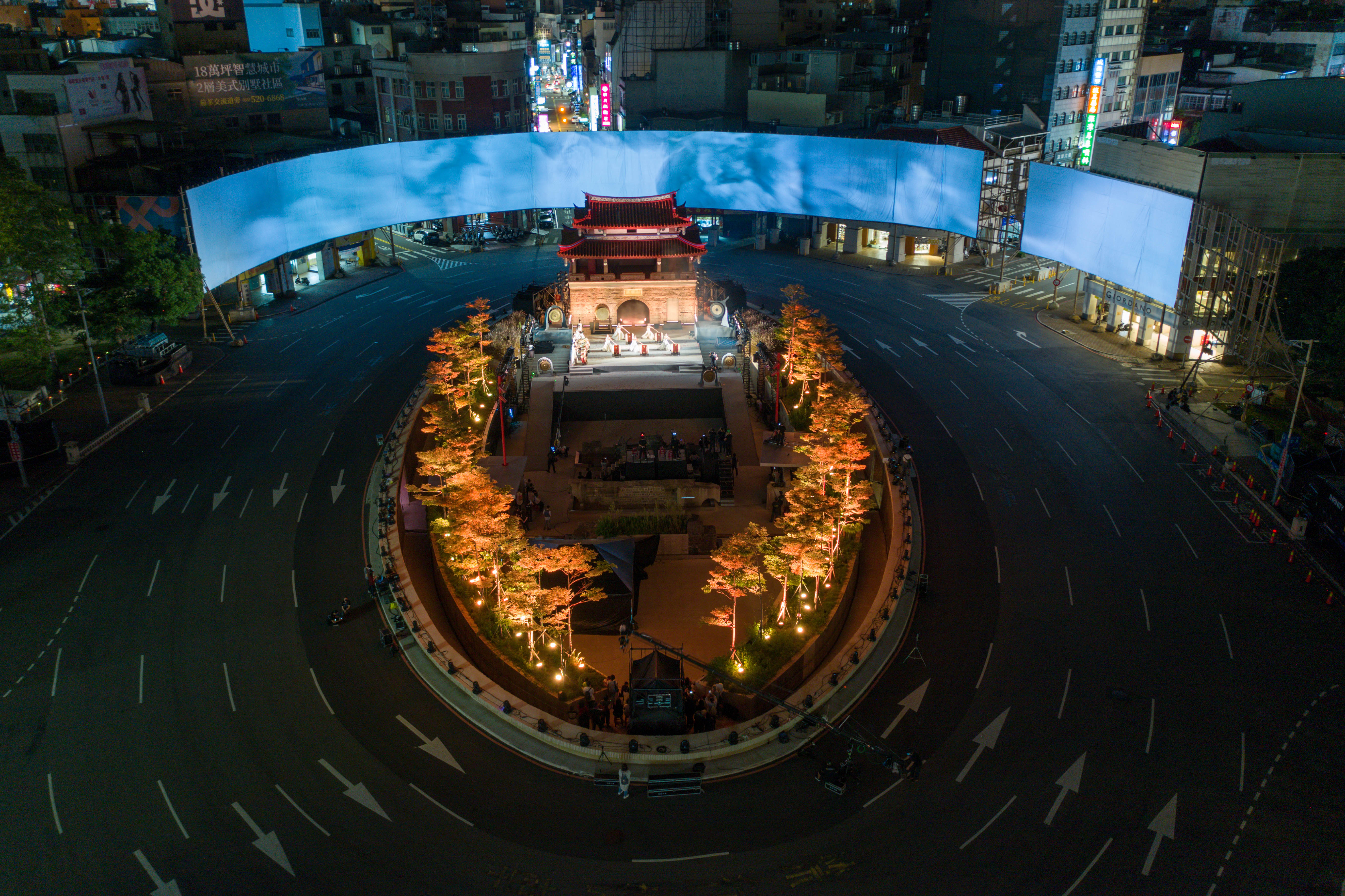 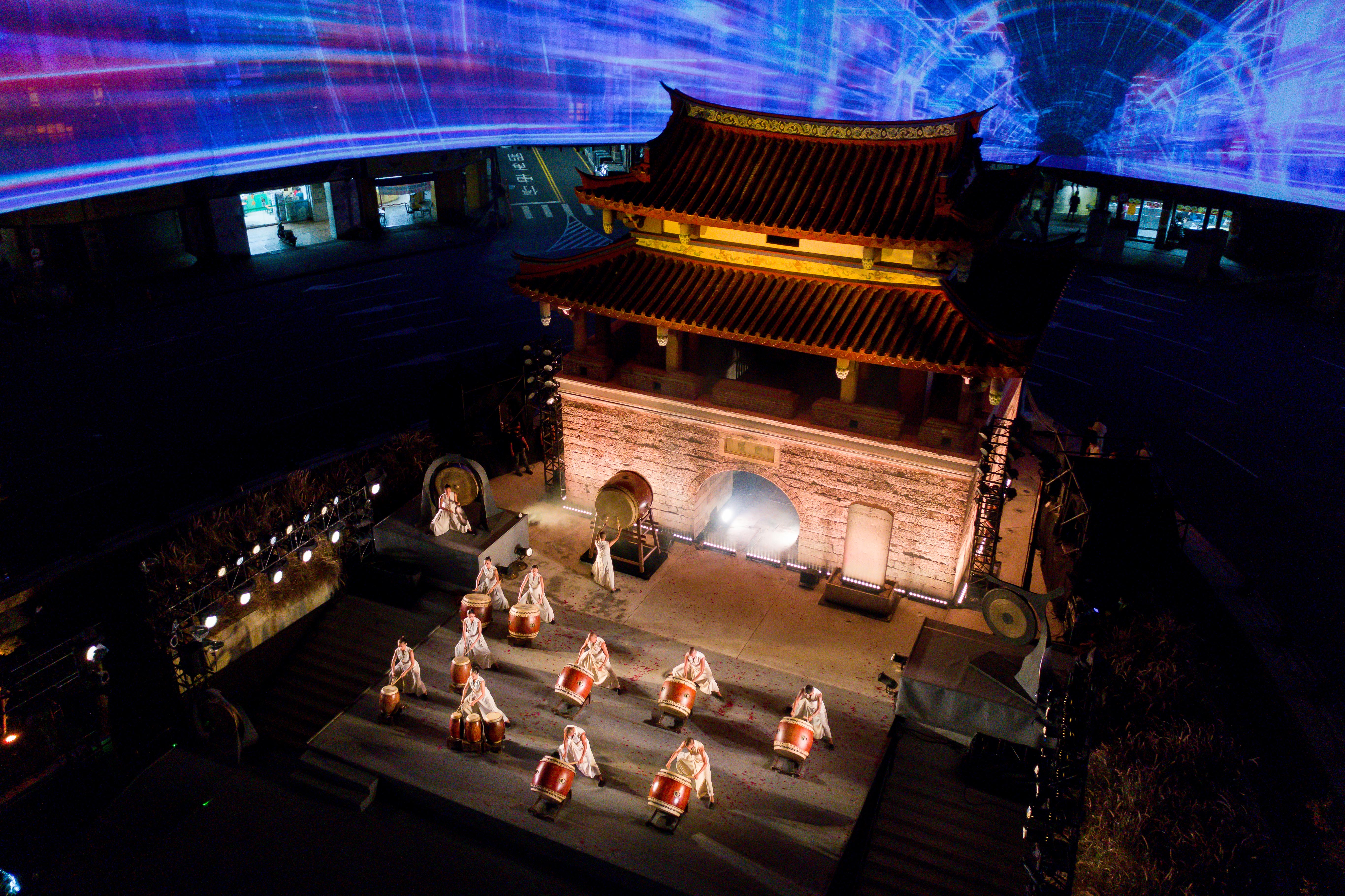 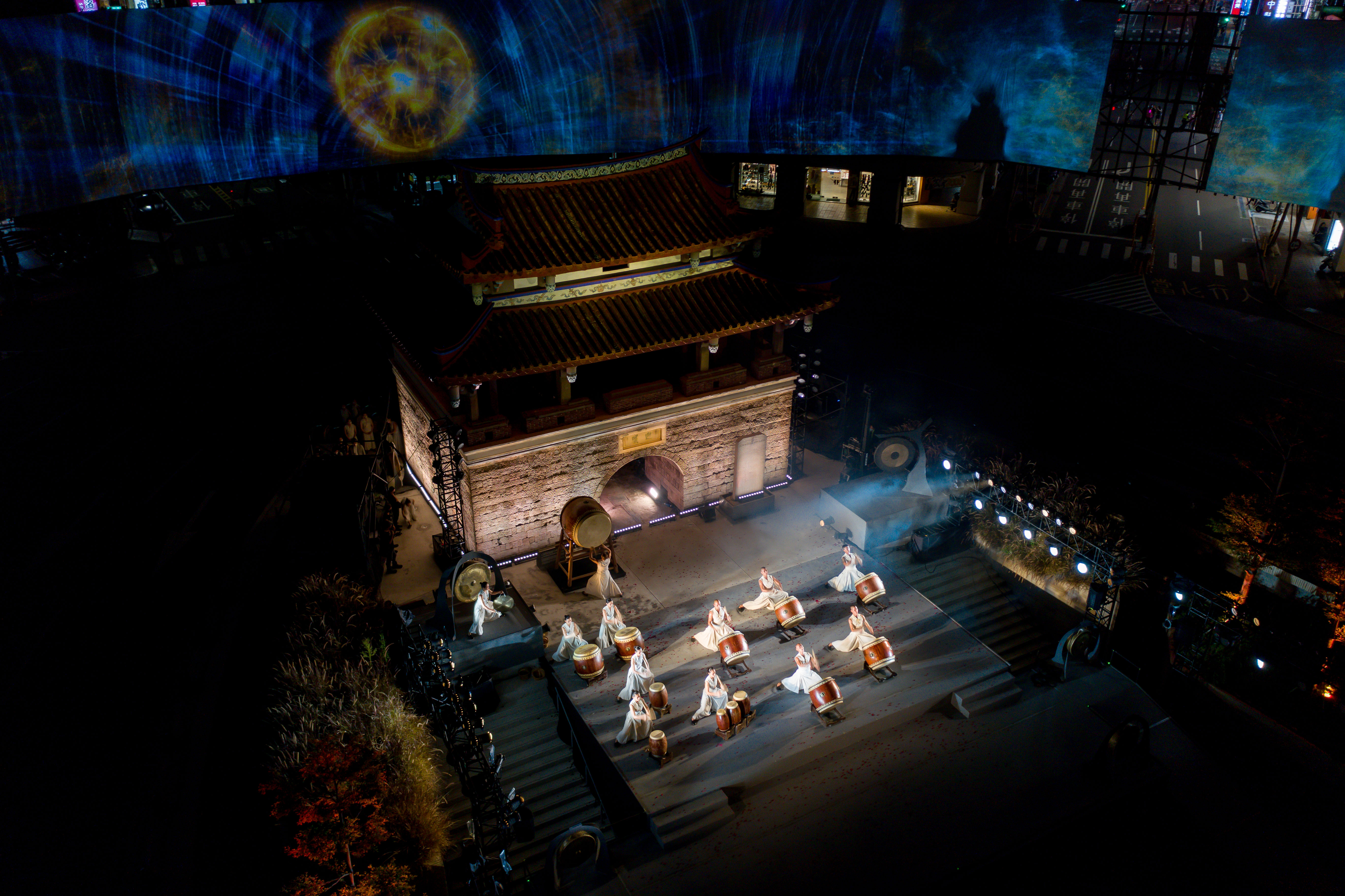